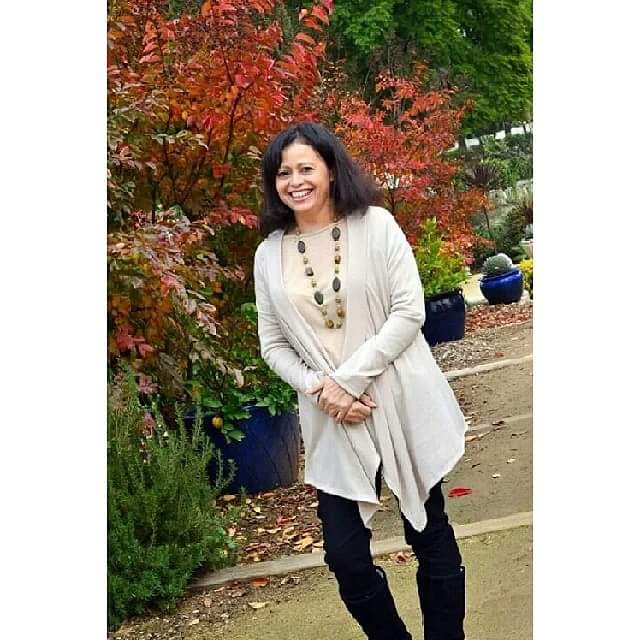 A year ago today, my loving, caring, helpful and beautiful mother left this earth.

I’ll never forget the pain I felt on that night.
The nurse had said she wouldn’t make it through the night on April 21st.
Yet we kept asking her to please hold on, as her mother was now on her way.
The day of her death was filled with anxiety and fear.
You see, being the stuborn and independent woman my mom was she had requested for my grandma not to know the truth about her cancer.
However it was now too late, and my grandma was on her way to California with out knowing why my mom was truly leaving us.
My grandma arrived about two hours before my mom passed.
She began to ask “Why won’t she wake up?”
Her kids would tell her “She’s really sick mom, we must let her rest.”
Then she said “Wake up mija, look it’s me your mom, I have arrived to see you. Let me put this ointment on you mija. Please get up, I know it will help you feel better.”
I began to cry, it was so painful to see my beautiful grandma in so much pain and confusion.
So she looked at me with tears in my eyes and said, “She isn’t going to wake up, is she?”
Her kids answered and said “She’s going to be okay mom, she just needs to rest…”
all you heard after that was the broken words of a heart broken mother.

The rest of the time we prayed, we sung, and we cried. One by one everyone began to say their goodbyes and whisper what they needed to say into her ear.
Her siblings called from Mexico and one by one with the phone to my mom’s ear they also had the chance to tell her what they wanted.
Her breathing slowly began to change, she now had her mouth wide open as she gasped for air, and she was loosing her color.
However she continued to fight and hold on, at first we believed it was for my grandma but for some reason even with my grandma already there she didn’t seem like she wanted to go.
The nurse then said to me “It’s time, get your siblings together, you must say goodbye, her breathing has changed drastically.”
As I called my siblings closer, I could see the pain in their eyes.
Christopher only fifteen years old was angry and the tears he had been holding in came running down his face like a waterfall at full speed.
Kevin at eleven years old seemed to have it more together than most of us.
Without any tears he walked up to her and said “I love you so much mom. I’m going to be strong just like I promised you.”
My sister and I broke down and laid next to her.
Then the nurse said… “She is still fighting, I’ve never had a patient with such strenght to fight on. You guys must tell her it’s okay to let go.”

So that’s exactly what I did…
“Mommy, I know your worried, I can feel it. It’s okay to let go now, we are all here by your side and even if your worried, I promise I’m going to give it my all to take over and take the best care of everyone. I know your sad mommy, but you can count on me, I promise. Te quieto mucho mommy, y dios sabe que te voy a extrañar demasiado pero recuerda…
“Solo asta que nos volvamos a ver”
“Until we meet again”

Then only minutes later with everyone there in the room…
She opened her eye’s one last time, took a look around the entire room and took her last breathe as her eyes shut forever.

I thought I was ready but in just seconds I panicked, I broke down, and fell into a dizzy spell.

This was really it…
We lost the battle.